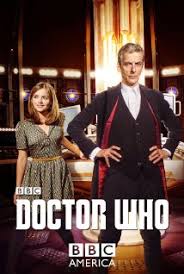 THE cast and crew of Doctor Who have been in Tenerife this week filming scenes for the new series, which hits TV screens this Autumn.

Jenna Coleman and Michelle Gomez were joined by Peter Capaldi, who is the 12th man to play the iconic title role.

There has been a media black-out surrounding the filming for the new episodes – but in the modern world, social media will always find you out!

The crew spent four days shooting in the north of Tenerife on the first two episodes, which have the working titles of  The Magician’s Apprentice and The Witch’s Familiar. Both episodes, directed by Hettie MacDonald, were written by Stephen Moffat.

Most of the filming was carried out in Garachico, and the crew stayed in Hotel El Nogal and Hotel Vincci Seleccion during their visit.

The main filming will take place in the usual Cardiff studios, and some Doctor Who fan websites have been speculating on why filming has been taking place here.

One theory is that the Tenerife landscape could be representing the planet of Karn. As fans of the show will know, Karn was once a colony planet of Gallifrey. It was first seen in the episode, The Brain of Morbius, and it is thought that the new stories will see its return.

Jenna Coleman’s stay here generated a plethora of stories in the UK papers. She was expected to quit the show last year, but eventually revealed she would stay for one more series.

She has been in the show since 2012 and got her big break as a young actress in Emmerdale. In fact, she caught up with her former colleague and Emmerdale actor Ben Freeman in Tenerife this week when he visited the Doctor Who shoot.

It is understood that Freeman was not filming any scenes for the series, but a picture on Twitter showed him posing with Coleman and Capaldi.

Coleman’s character, Cara, will get more prominence in the new episodes, and the actress is delighted. “It’s wonderful,” she said. “I get a whole other series of stories with the Doctor and I couldn’t walk away with the story being unresolved – and there is so much more to do.

“I think they’ve finally just reached a point where they really understand each other.”

Most of the pictures of the shooting show Coleman working with actress Michelle Gomez, who plays Missy, a female incarnation of The Master.

Some mobile phone footage shows the pair arguing in a deserted village square. Missy is protected by bodyguards and confronts Cara in what appears to be a key scene.

Other filming took place in a more desolate area of Tenerife, inside Teide National Park, which has a barren background landscape.

It is this section of filming which has got fans speculating that there could be a tie-in with the planet Karn.

Even though Peter Capaldi has been in Tenerife, there have been no pictures, or leaks, about what he has been shooting.

In total, there were over 50 cast and crew involved in the shoot. Some were sourced locally, via the respected Sur Film Production & Services company, and some local extras were also used.

The filming of such an important TV show will only add gravitas to the claim that the Canary Islands is set to become a major filming destination.

A host of Hollywood films have been here recently. Last year, Oscar-winning director Ron Howard filmed In The Heart Of The Sea in Tenerife and La Gomera.

The film is based on a true story of an 1820 event, in which a sperm whale attacked a ship, stranding the crew at sea for 90 days. It opens around the world at Christmas.

Tenerife Cabildo President Carlo Alonso said: “The filming of Doctor Who is proof that Tenerife is a privileged place for  producing television and films.

“Not only do we have great weather all year round, but we also have a scenic variety. Also, we offer professionals and companies on the Island these first-rate audiovisual abilities.”

He added: “We can provide support and production guarantees of the highest level.”

You need to log in to use member only features.